Skip to content
Home » Reviews » Amazfit GTR 3 review: are style and elegance enough to be the best? HomeReviews If there is a brand that has grown exponentially over the last few years in the wearable sector, it is certainly Amazfit. Now, however, that the company has become a point of reference in the sector, users expect almost perfect products. This is why we have decided to approach the review of this product with particularly high expectations, which on the one hand certainly represent a qualitative recognition for the brand, but on the other hand push us to tolerate gaps less. Here's what we think of this smartwatch.

Before being a technological product, the smartwatch certainly represents a fashion element. For this reason, aesthetics are extremely important, which is one of the elements that propel the scales towards the purchase or not of the product. From this point of view, always net of what are the personal tastes of each, Amazfit GTR3 does not disappoint. It comes with the classic shape of the circular display, hence the final “R” (round), which distinguishes it from the GTS series. 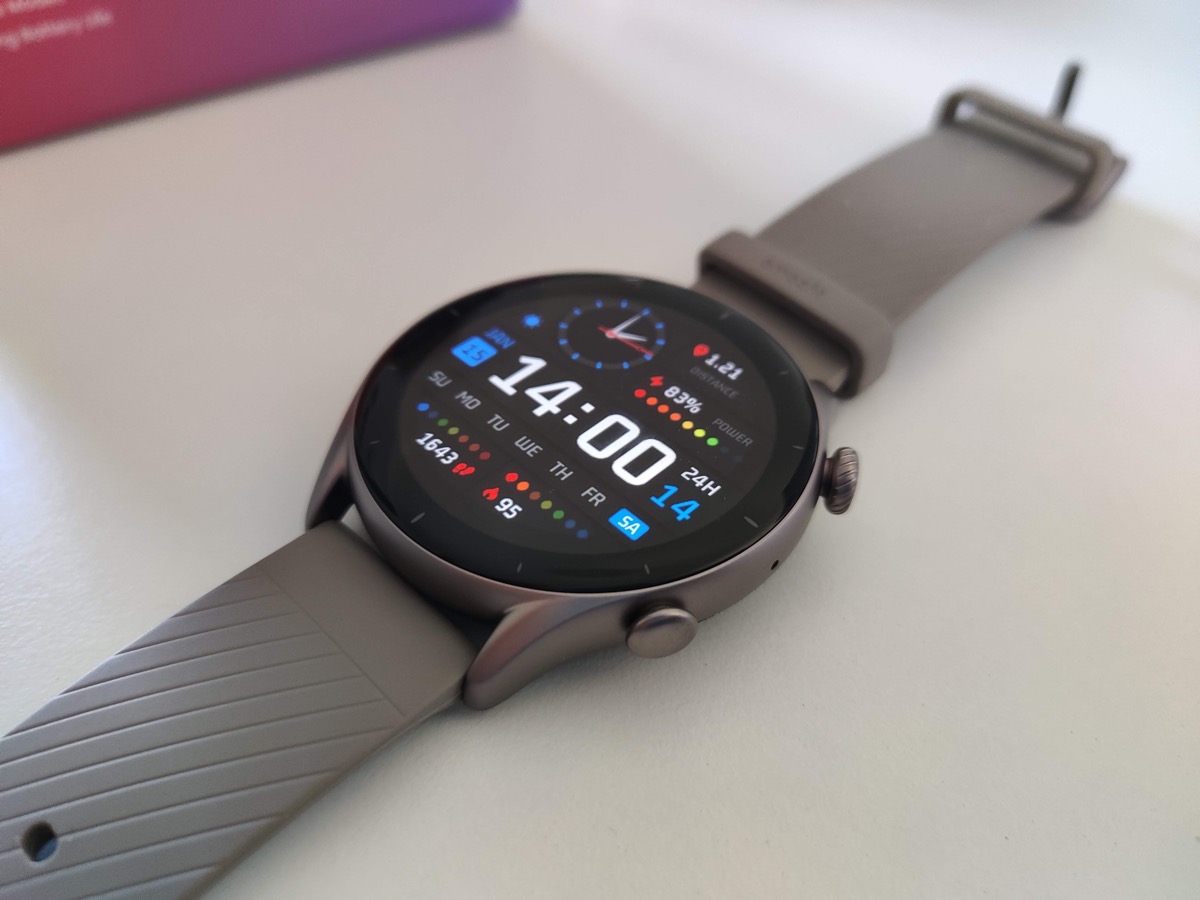 This third version of the smartwatch distances itself enormously from the first interaction. And in fact, compared to the past the lines have been softened. If the first GTR had a design so elegant, but “heavier” on an aesthetic level, this GTR3 appears more modern and with more “gentle” features. It is very light, with its 49 grams, so as not to feel it on the wrist even after prolonged use. The circular display is flanked by frames that are not too small, which however have been “masked” by the manufacturer with the presence of the small notches that mark the hours. 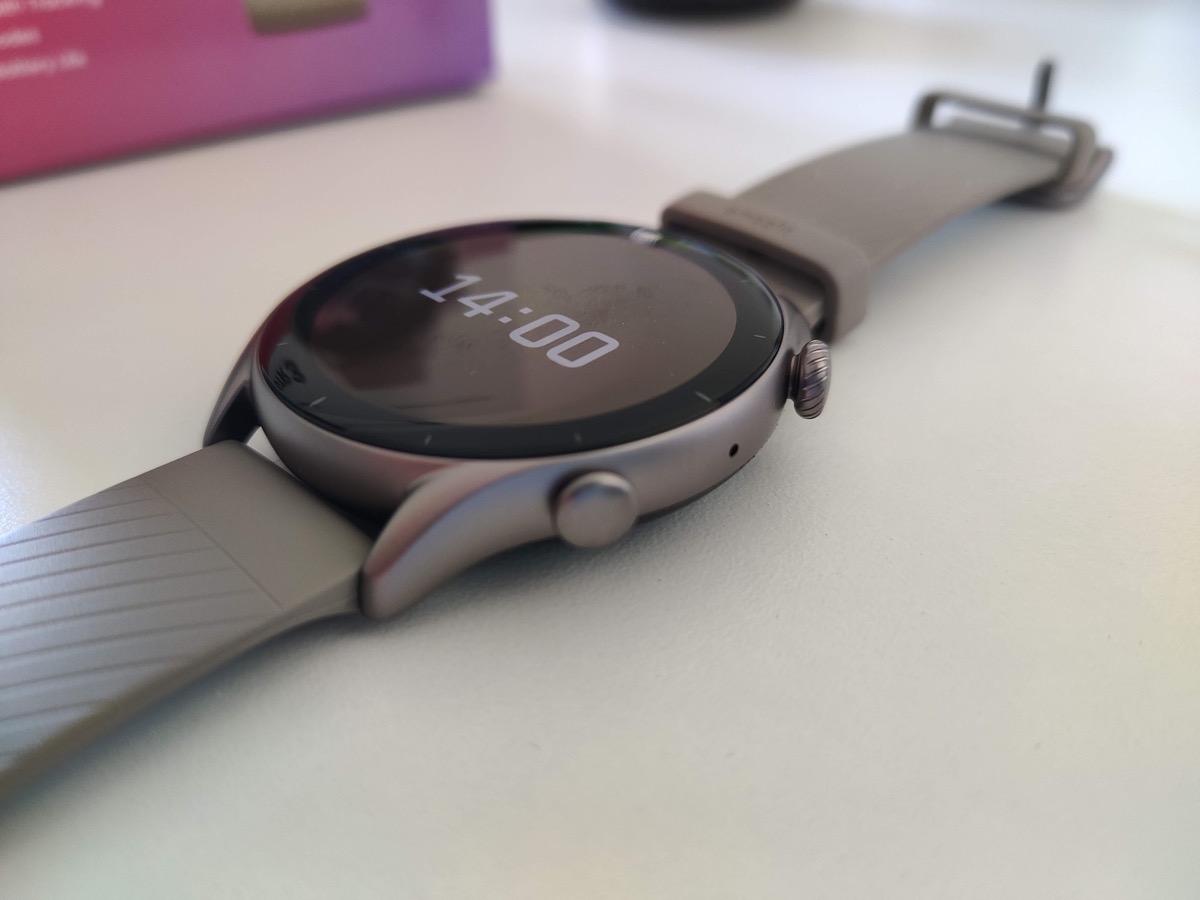 On the right side there are two buttons, the first of which also has an Apple “digital crown” style function, so you can navigate the menus simply by turning it, as well as with the on-screen touch controls. 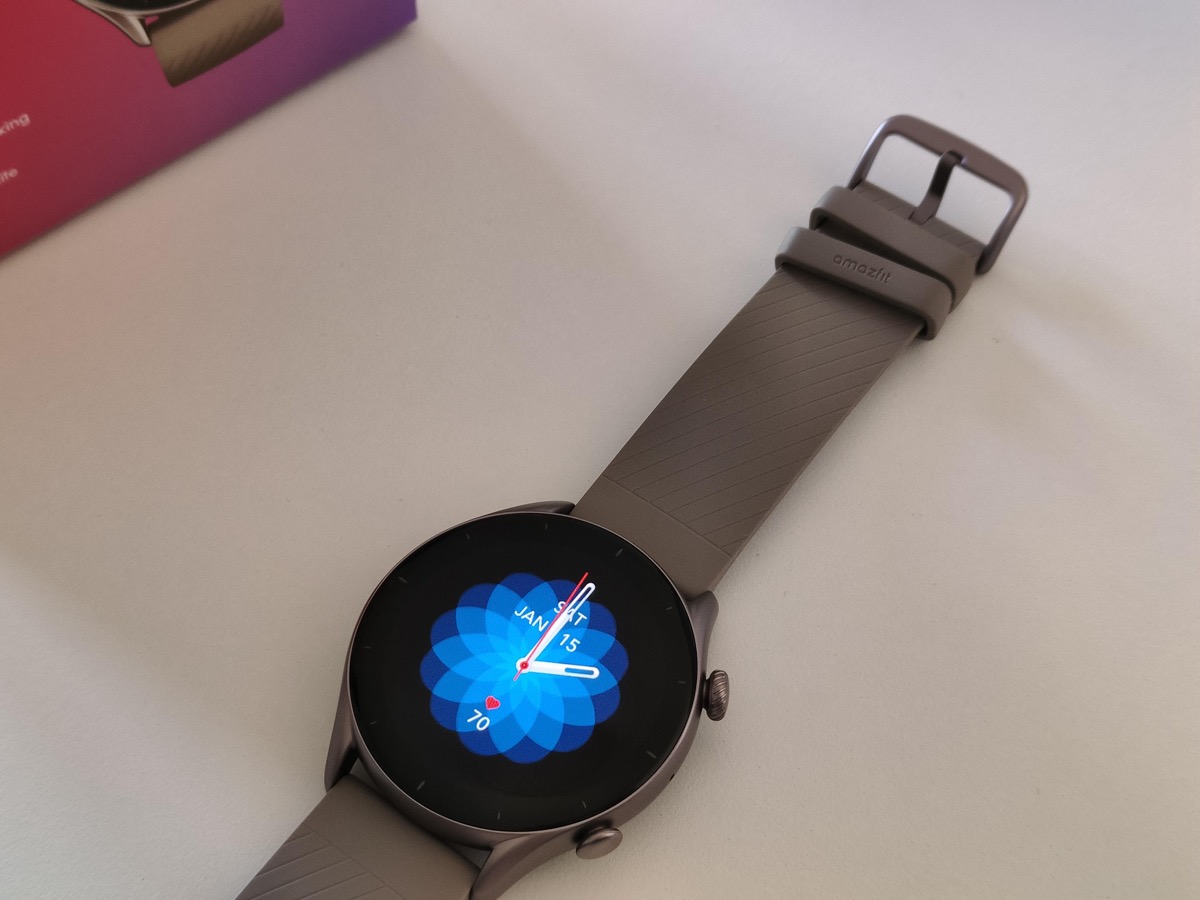 The straps are standard 22 mm , an element that will allow the user to easily change them, while on the back there are the sensors that we will talk about more forward, in addition to the charging pins, which takes place magnetically through the small base included in the package. 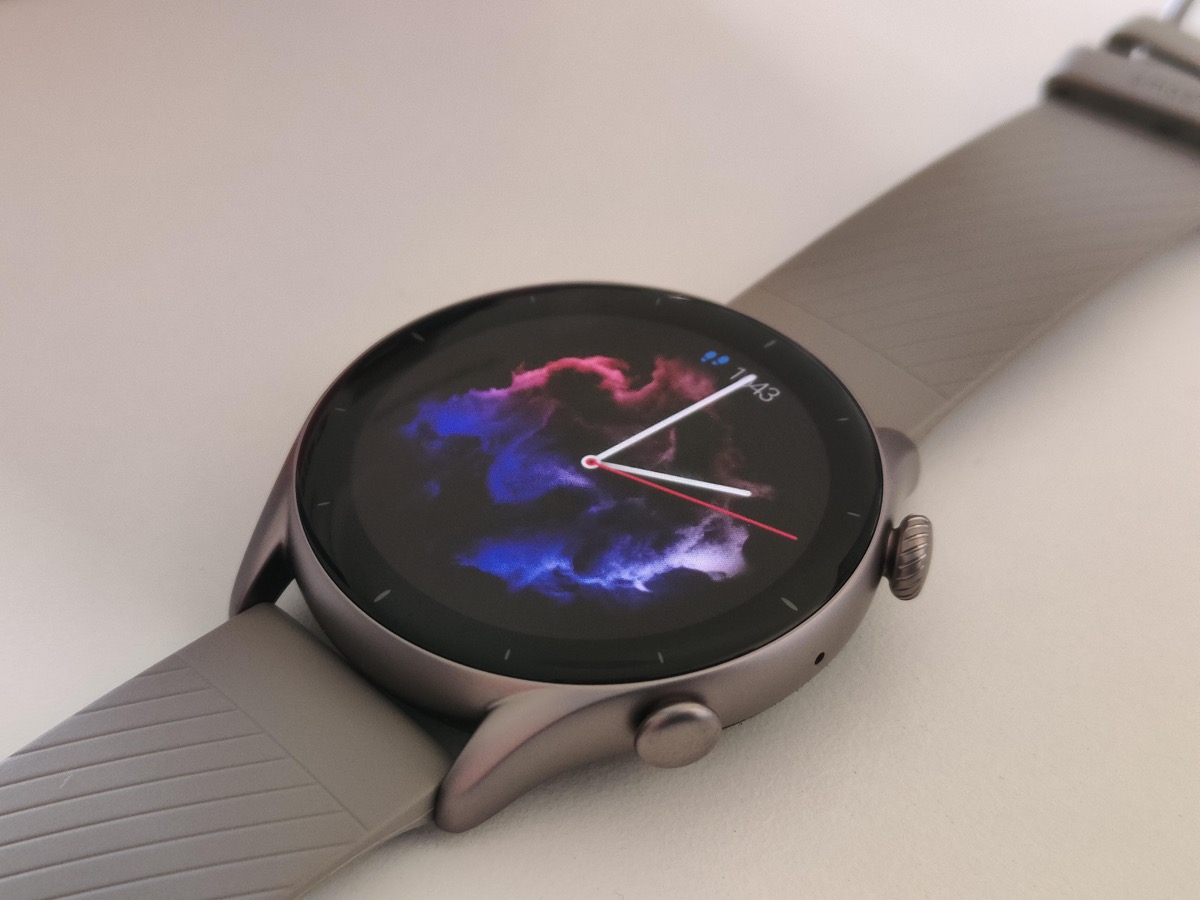 On an aesthetic level, the smartwatch is therefore very slim, it allows you to really focus on the dial and have few distractions. The minimal style, always net of personal tastes, is however to be promoted. Too bad only for those slightly pronounced frames, which are instead slightly thinned in the Pro version.

Beyond the bezels that we would have preferred slightly thinner, the screen of this Amazfit GTR3 is really great. It is 1.39 inches , and is based on AMOLED technology. And in fact, the blacks are very deep, so that some dials, especially the analog ones, can create a beautiful effect, which even hides the frames, because they blend in with the black of the display. 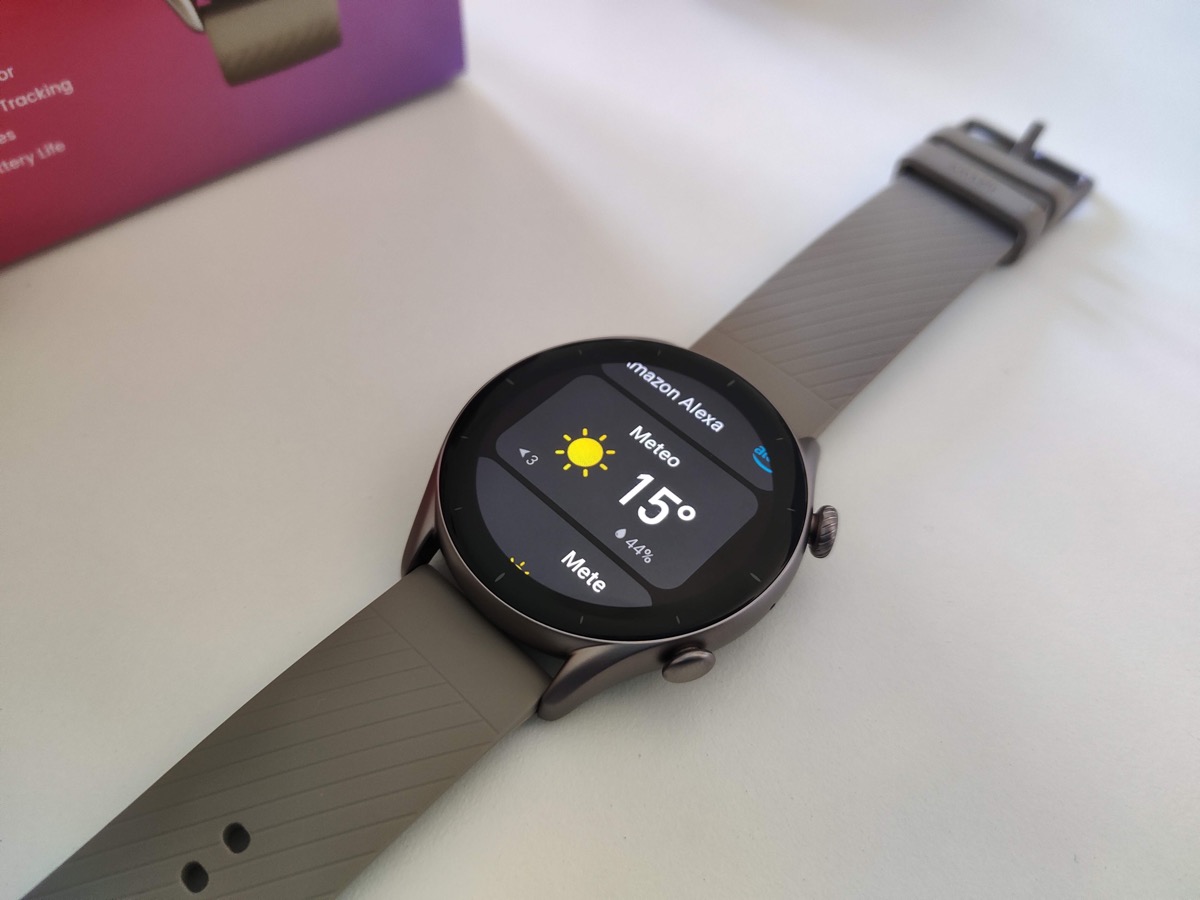 The screen size is large enough to show a lot of information within a single screen, an element of particular usefulness especially when receiving notifications, so as to have almost complete information about the sender and the content of the message in the blink of an eye .

Excellent pixel density equal to 326 ppi , the threshold defined by Apple as “Retina”, that is the one at which the human eye cannot distinguish the pixels, so as to obtain a truly crystal clear image, as indeed it is. 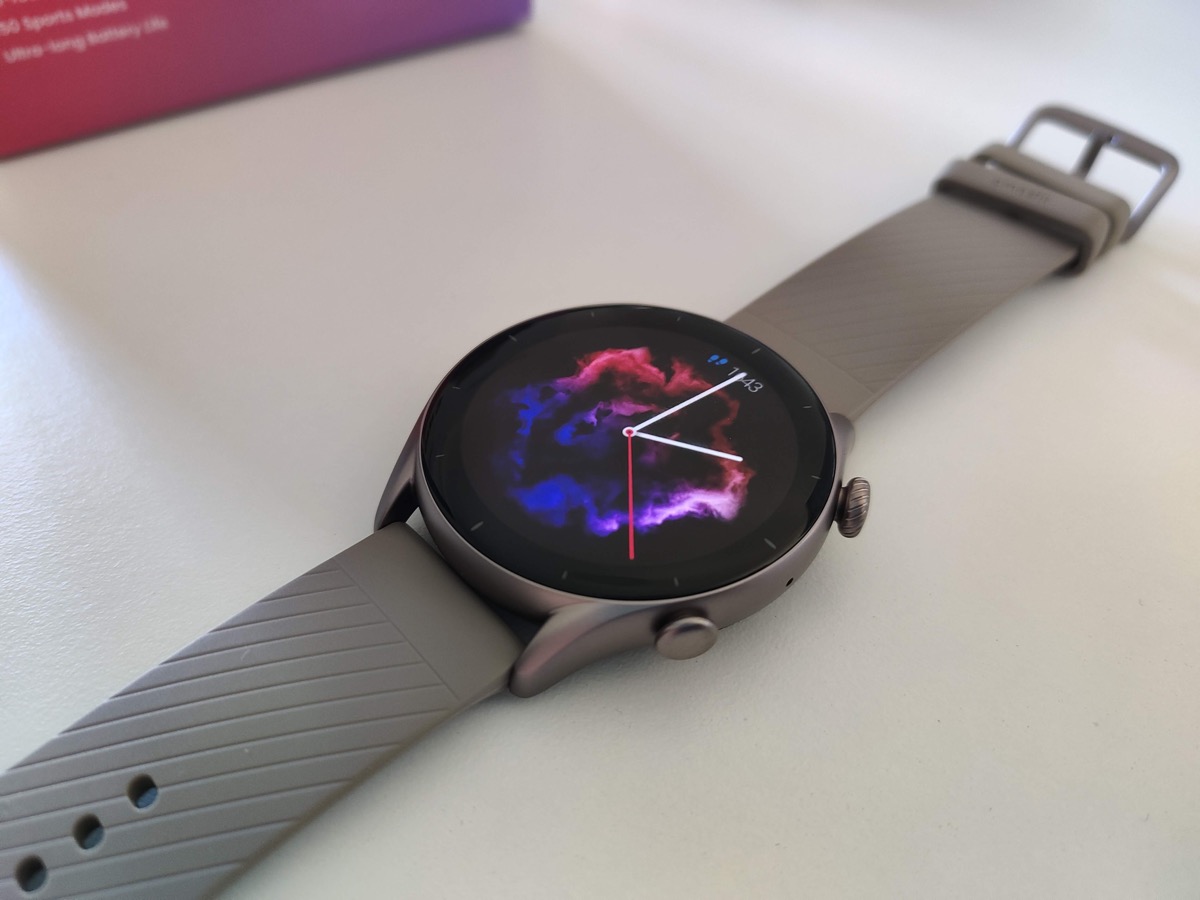 Thanks to AMOLED technology, the colors on the display appear vivid, the blacks very deep, and there is an Always On mode which, of course, always keeps active the time information on the screen. It seems to us an element to appreciate, given that first of all we have a watch in front of us anyway. Very good brightness, even outdoors and in direct sunlight. 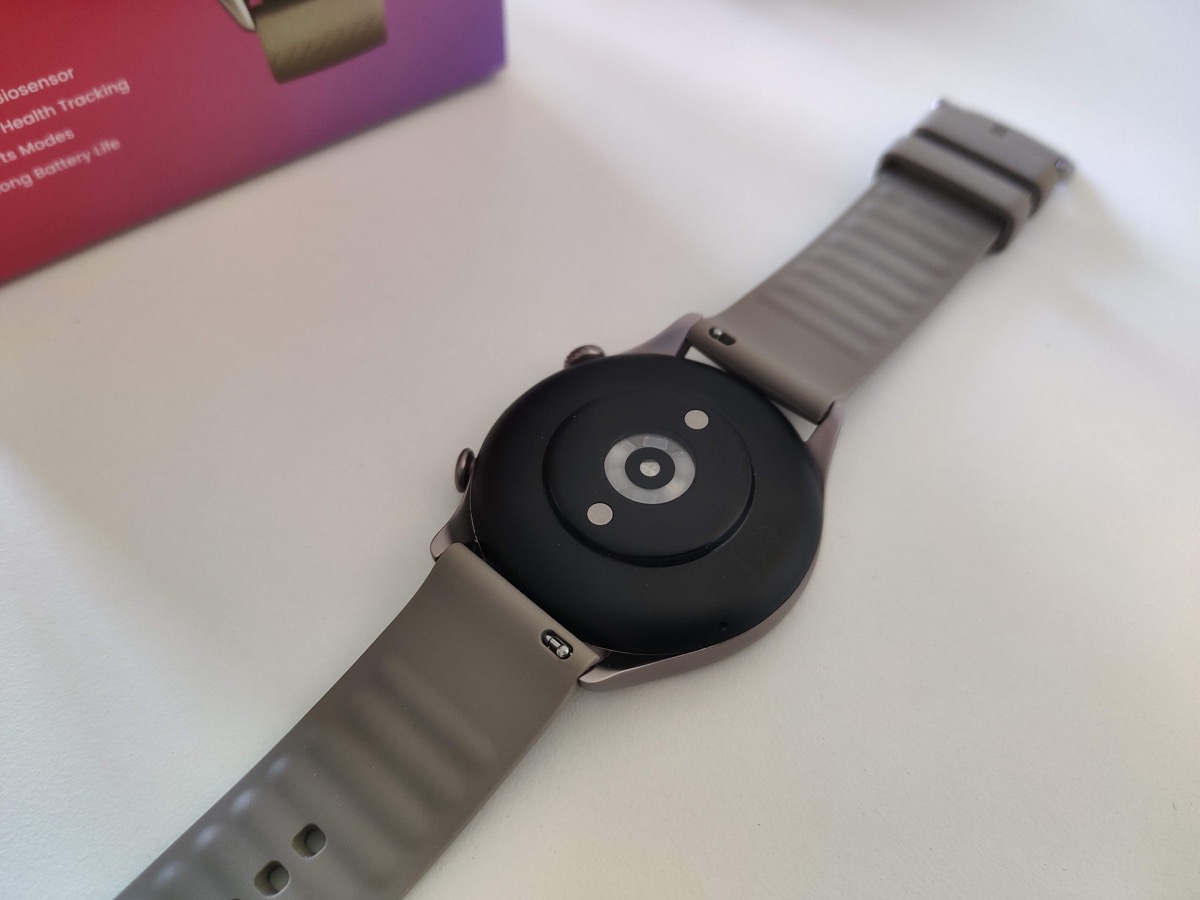 Despite the research, we have not found any trace of specific protections for the glass of this smartwatch. Therefore, we do not know how resistant it is to bumps and scratches, which is why it will be advisable to use it in any case particularly careful.

Amazfit GTR3 is equipped with ZeppOS , a rather young proprietary operating system on which the company will certainly operate updates in the following months. In principle, the display of all elements on the screen and the overall operation of the software is pleasant. The first screen, of course, is the one in which the time is shown and, in some watchfaces, also the main information, such as heart rate, date, calories, battery charge status, and others. Some watchfaces , actually a few, allow you to customize the data visible within the main screen, a bit like the complications of Apple, albeit in this case with a much lower degree of customization. 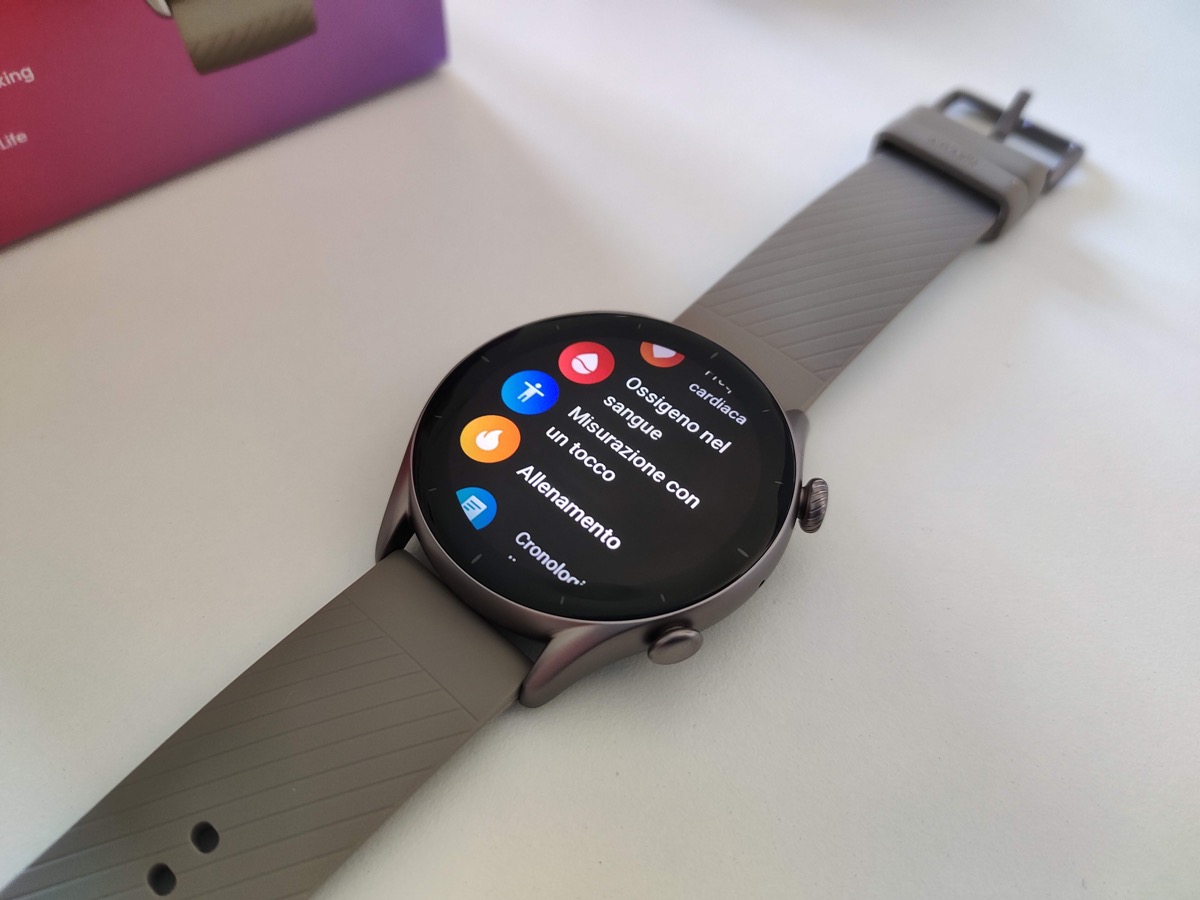 Through a swipe from the left you access a sort of control center, a particularly interesting and well-kept hub in which the current weather, the forecasts of the days to come, the PAI, sleep data, blood oxygen, activities, making it customizable by adding other elements. By scrolling, however, from the opposite side, you can see the fitness center, a screen where the steps (or rather, the “steps”), the hours in which you were up and the minutes of activity in which you burned fat are presented . 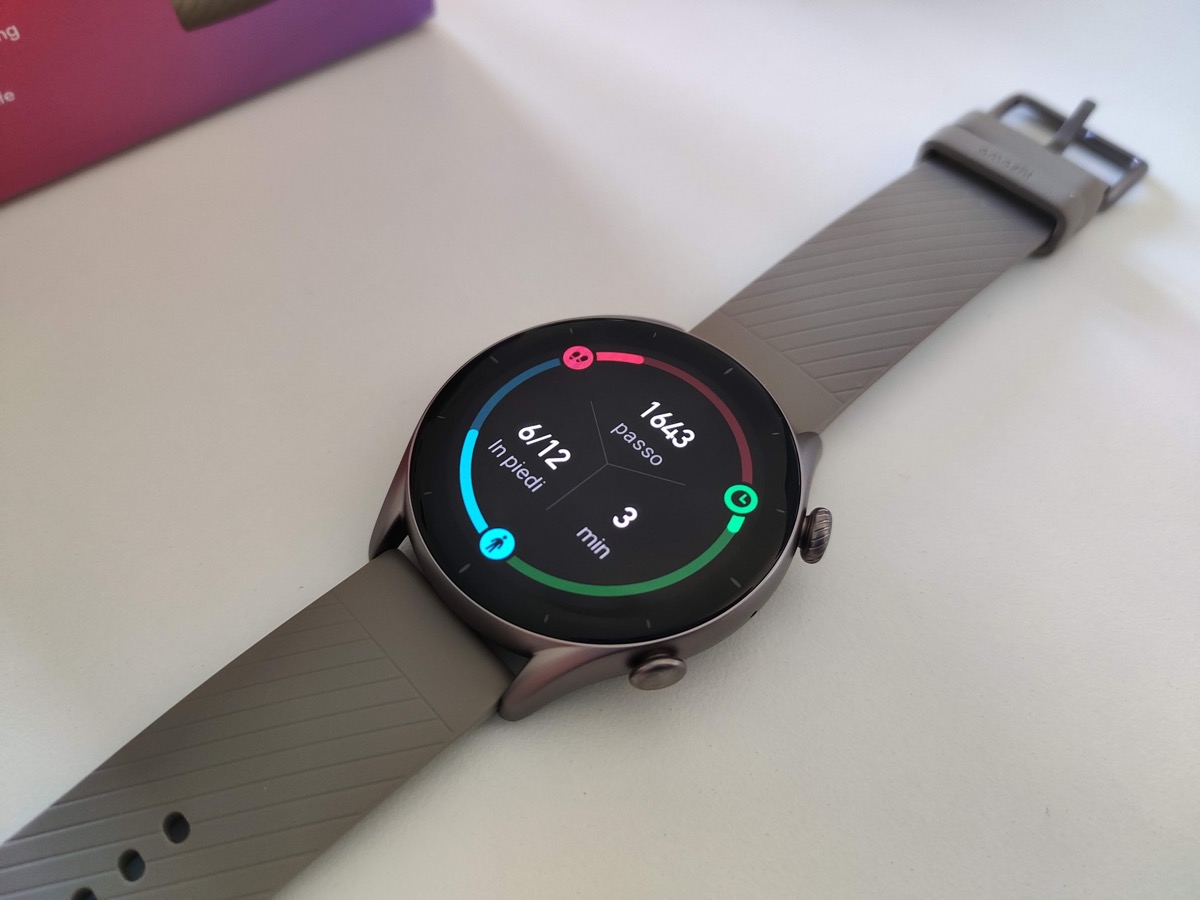 Again, by sliding from the right to the center, screens will open where you can measure your heart rate, watch the weather, the PAI , the data on sleep and, again, the initial control center.

With a slide from the bottom you can access the notification hub, and with one down, the settings control center, with some quick toggles. 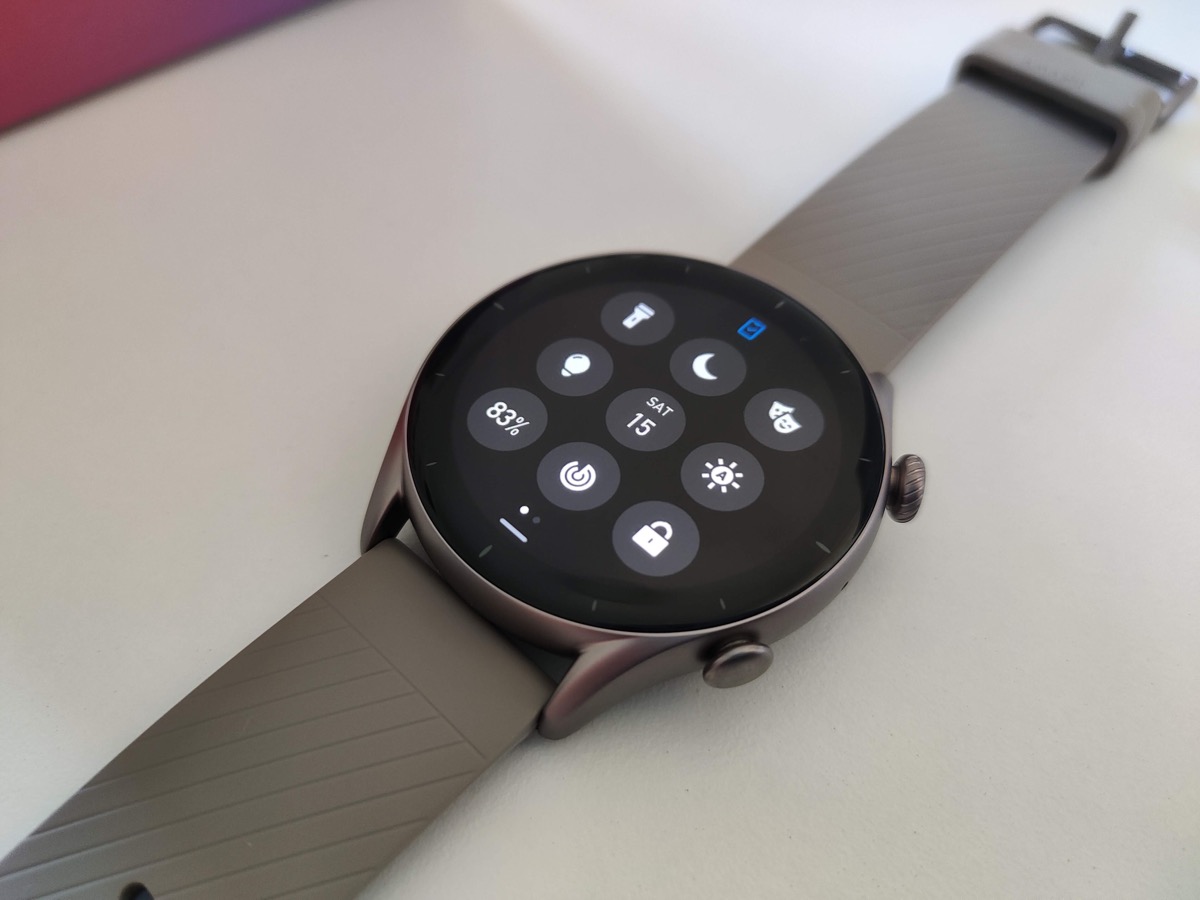 The system is, all in all, intuitive, but what left us a little perplexed, negatively, is the speed with which you switch from one screen to another , or with which one panel is accessed, rather than the other. Not that there are lags deriving from underperforming hardware, but it seems that the system is deliberately lazy, with animations that are not immediate as is the case with other competitors, first of all Apple Watch.

Pleasant operation of the digital crown, as well as the presence of Alexa is appreciable even if, to tell the truth, we have not found all this usefulness, being the name of possible requests really limited. 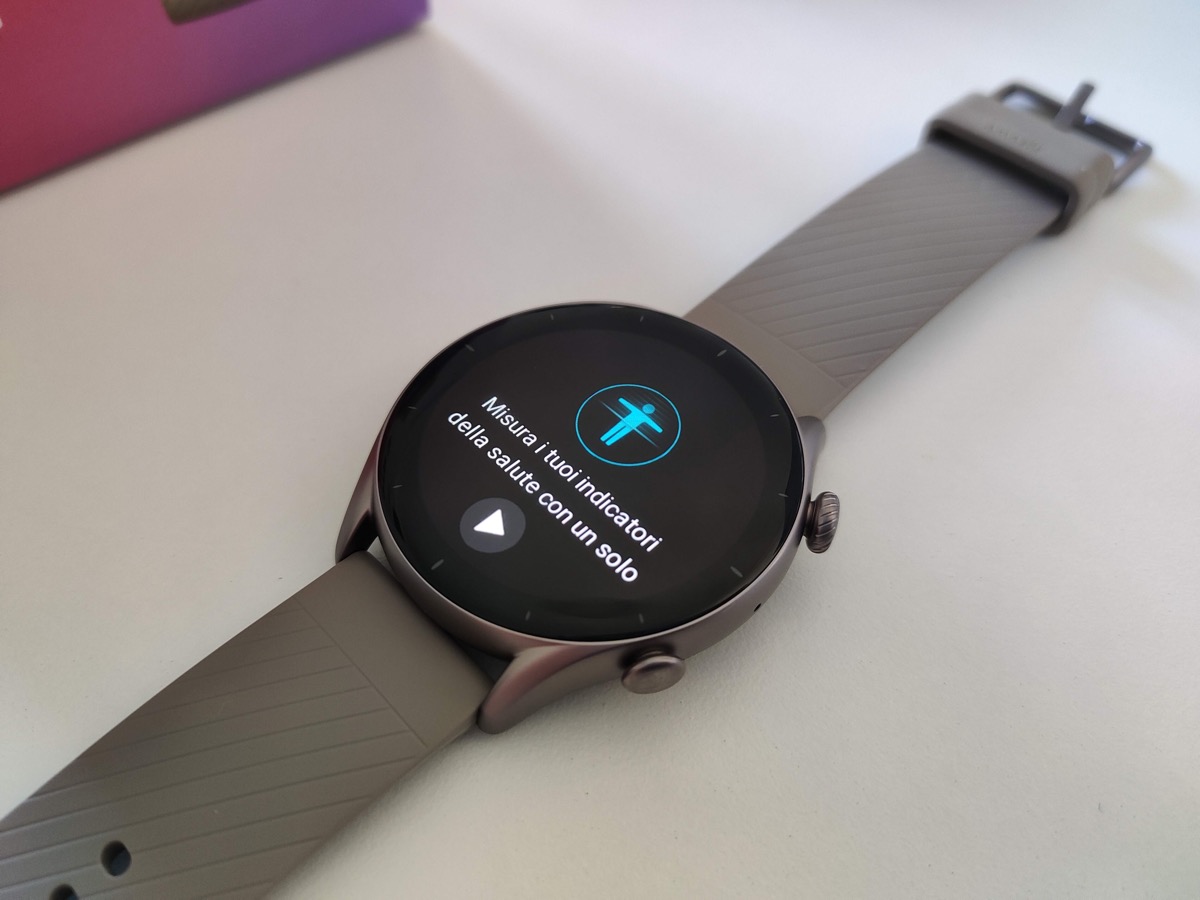 Even if the appearance is not that of a sports smartwatch, on the contrary it looks like a rather elegant wearable, the fitness side is particularly present. 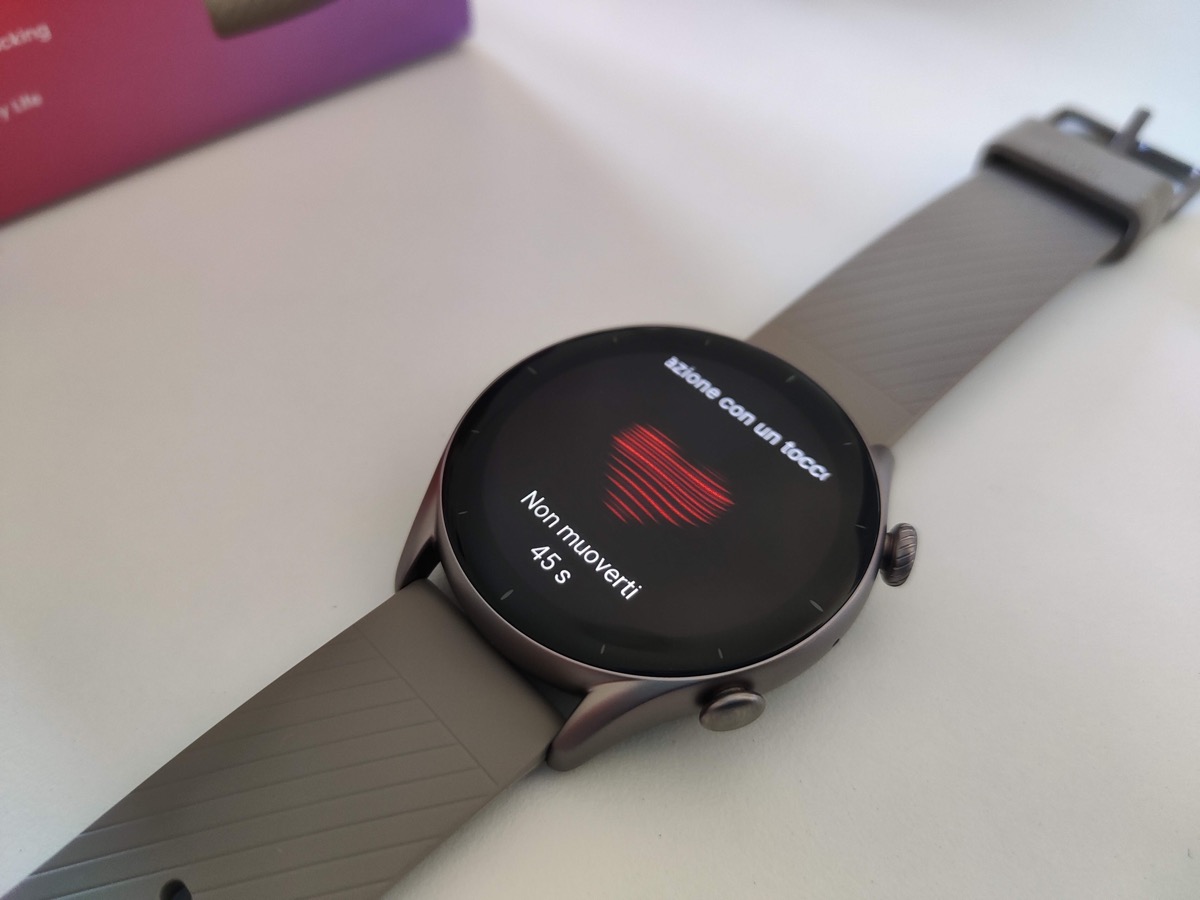 The watch keeps track of 150 different activities , and some one-touch settings allow you to give the user a complete overview of what is his state of health. Of course, no data can ever replace a medical check, and what is recorded by the clock has no clinical validity.

The data returned by the watch is plausible. We refer to the heart rate, oxygenation, and the count of steps taken. Some slight doubts, not related to the watch itself, but to the function, are related to the calculation of the stress level. In some circumstances it might even seem accurate, but in others the assigned score seemed a bit random.

For each sporting activity tracked ( there is even the eSport ), some fundamental data are recorded, such as training time, distance traveled, calories burned, cadence, average pace. Obviously, all these parameters may or may not be present, depending on the discipline you have selected.

The smartwatch has a built-in GPS , this means the possibility of tracking the user's position, therefore also seeing the path supported during the training, even if the smartphone is left at home. 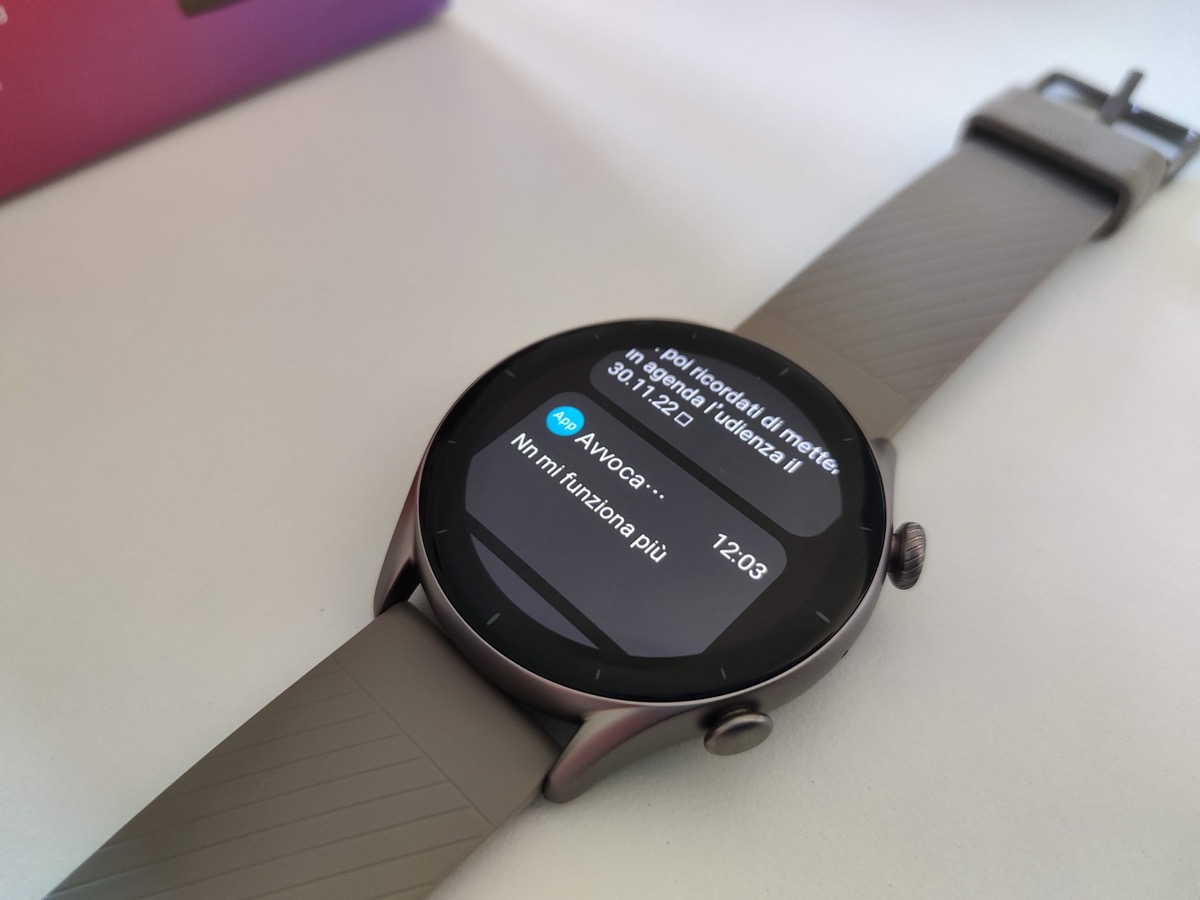 As mentioned, there is no lack of notifications, the hub of which can be reached via a simple slide from bottom to top. Here the notifications are grouped without distinction, and in a not too orderly way. For example, if you leave an unread message, when subsequent messages from the same app arrive, the unread message will appear as an overlay as if it were the one just received. 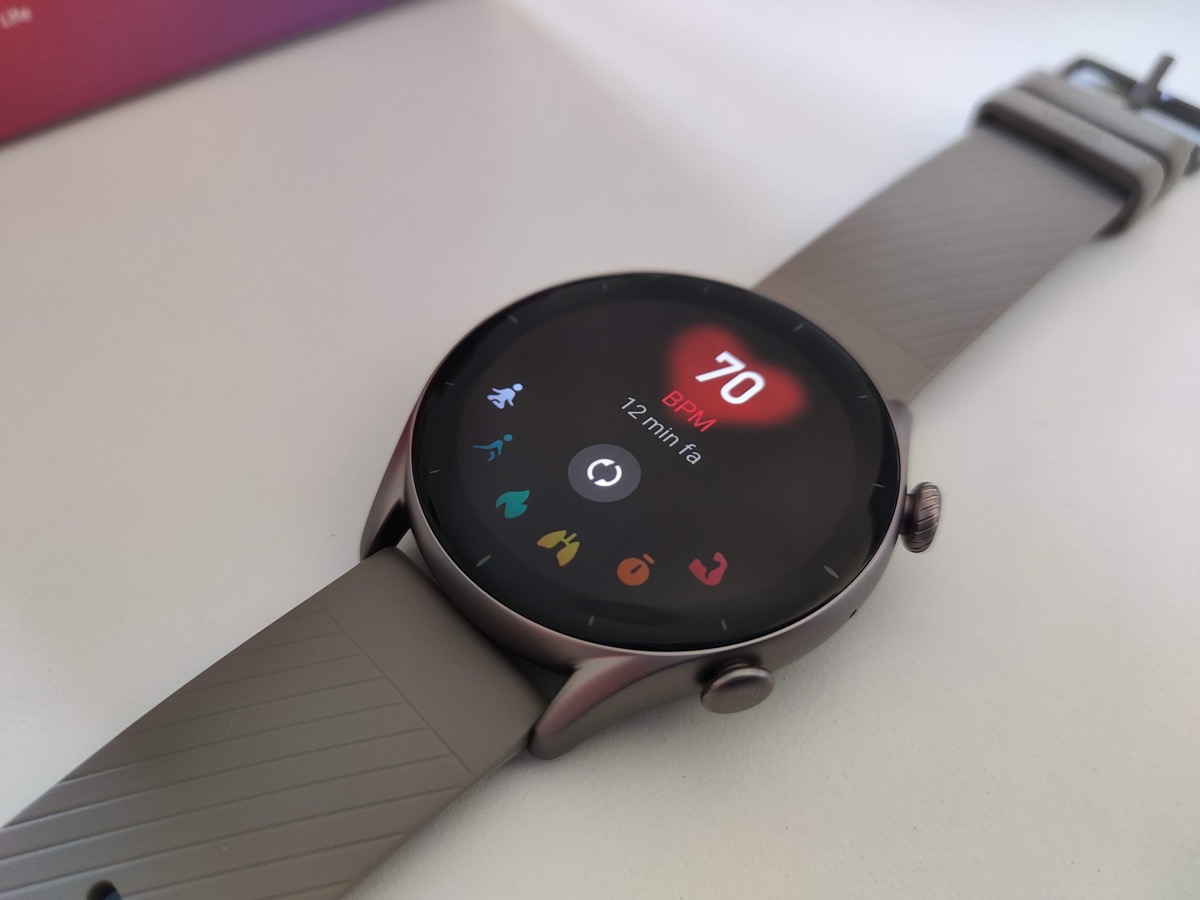 All in all, the watch allows you to see who is looking for us, and why, without having to use the smartphone, but totally absent is the possibility of an answer.

The zepp application has long since replaced what was once called Amazfit. Not too popular with the public, because a bit confusing, in reality after an initial period of adaptation, it appears to offer all the most useful information within a single screen. 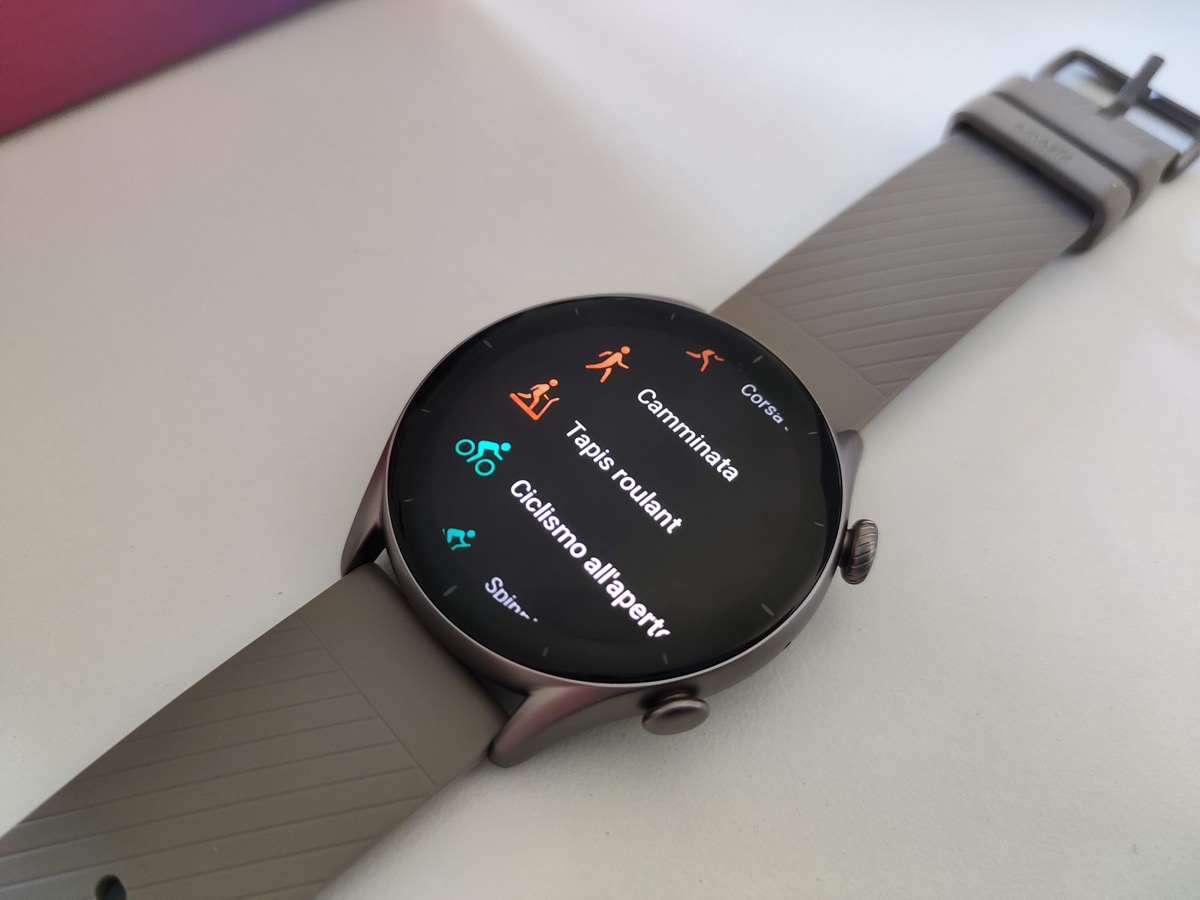 On the main screen there are many boxes, containing data on sleep, heart rate, stress level, blood oxygen level and, more generally, all the data that is recorded by the watch. 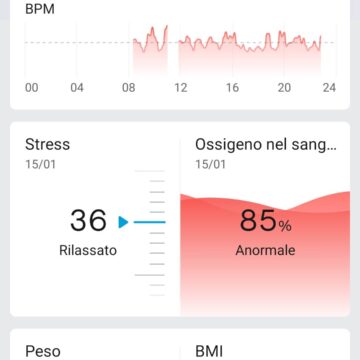 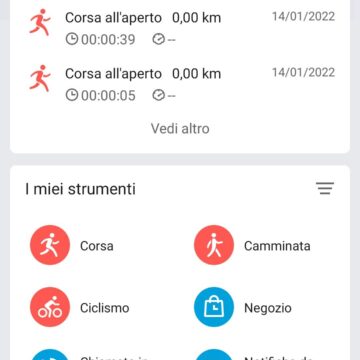 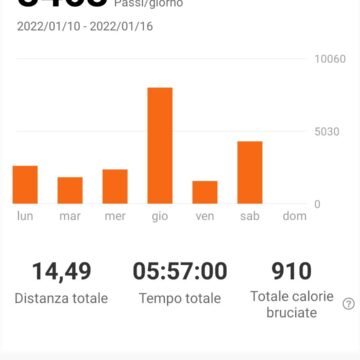 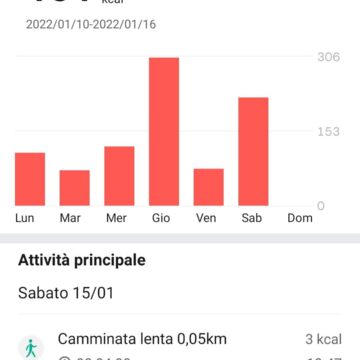 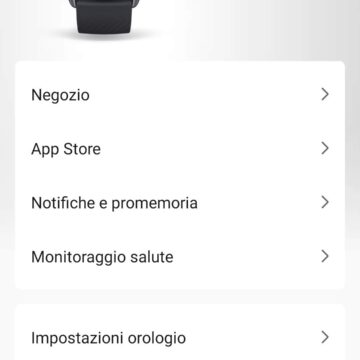 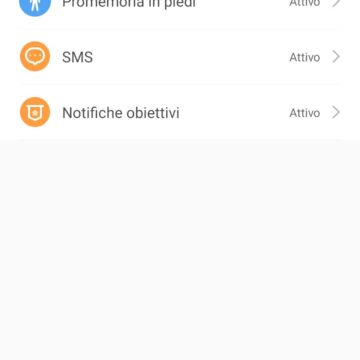 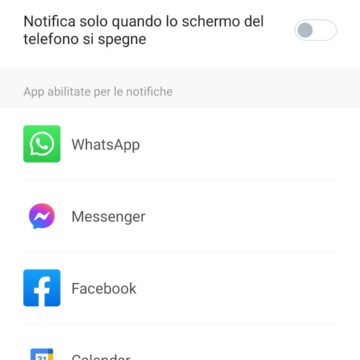 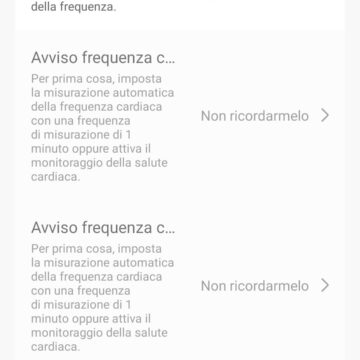 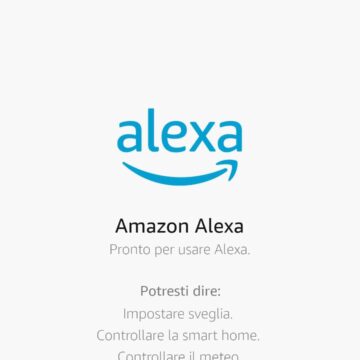 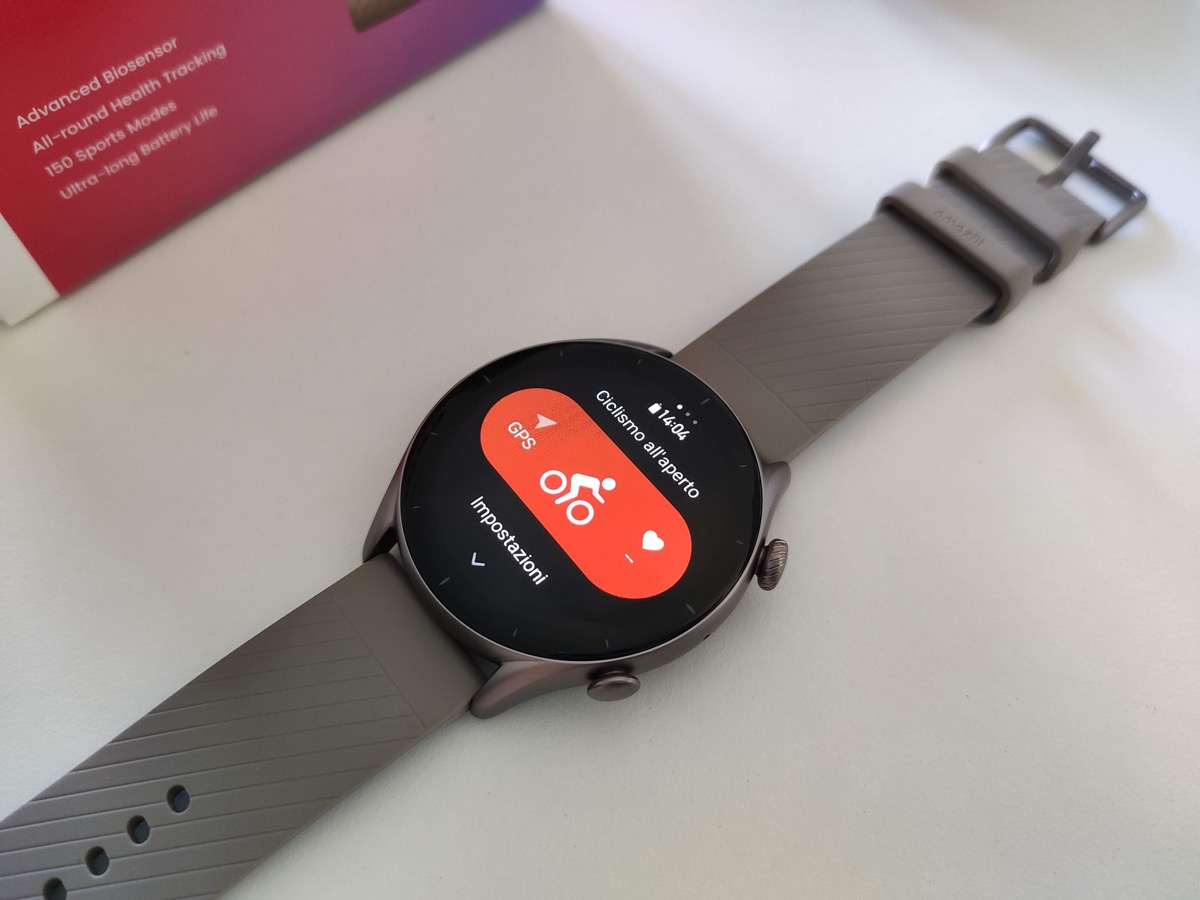 The data where Amazfit continues to excel is that on autonomy. The company declares 21 days of use , although this maximum figure can only be reached on condition that you do not make too much use of the GPS , nor use the smart features in a particularly insistent way. 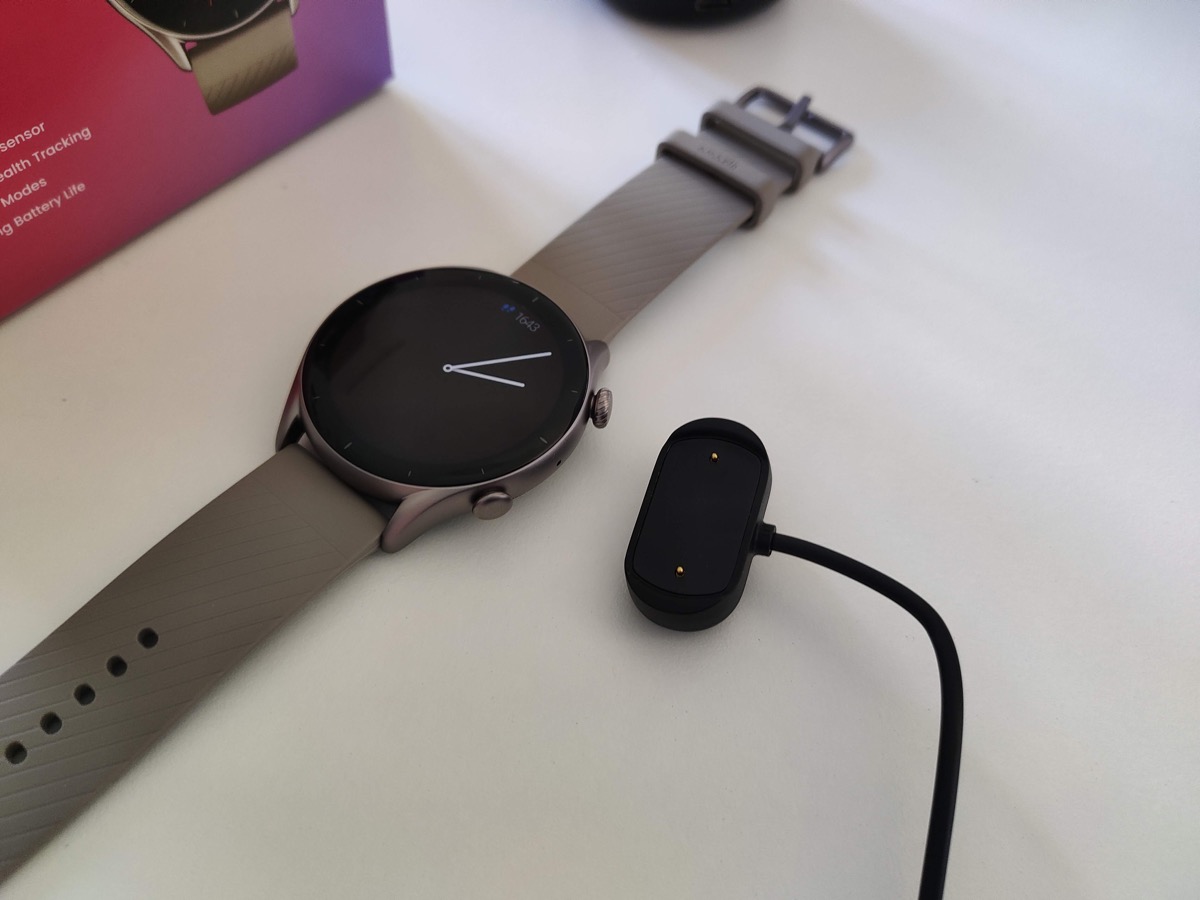 In any case, making heavy use of notifications, with Always On active, the result was a week on a single recharge. Obviously the battery life is aided by a custom OS, which limits the possible integrations with third-party apps. There is a proprietary App Store, where there are very few apps, and all of them are actually negligible, or of little concrete use. 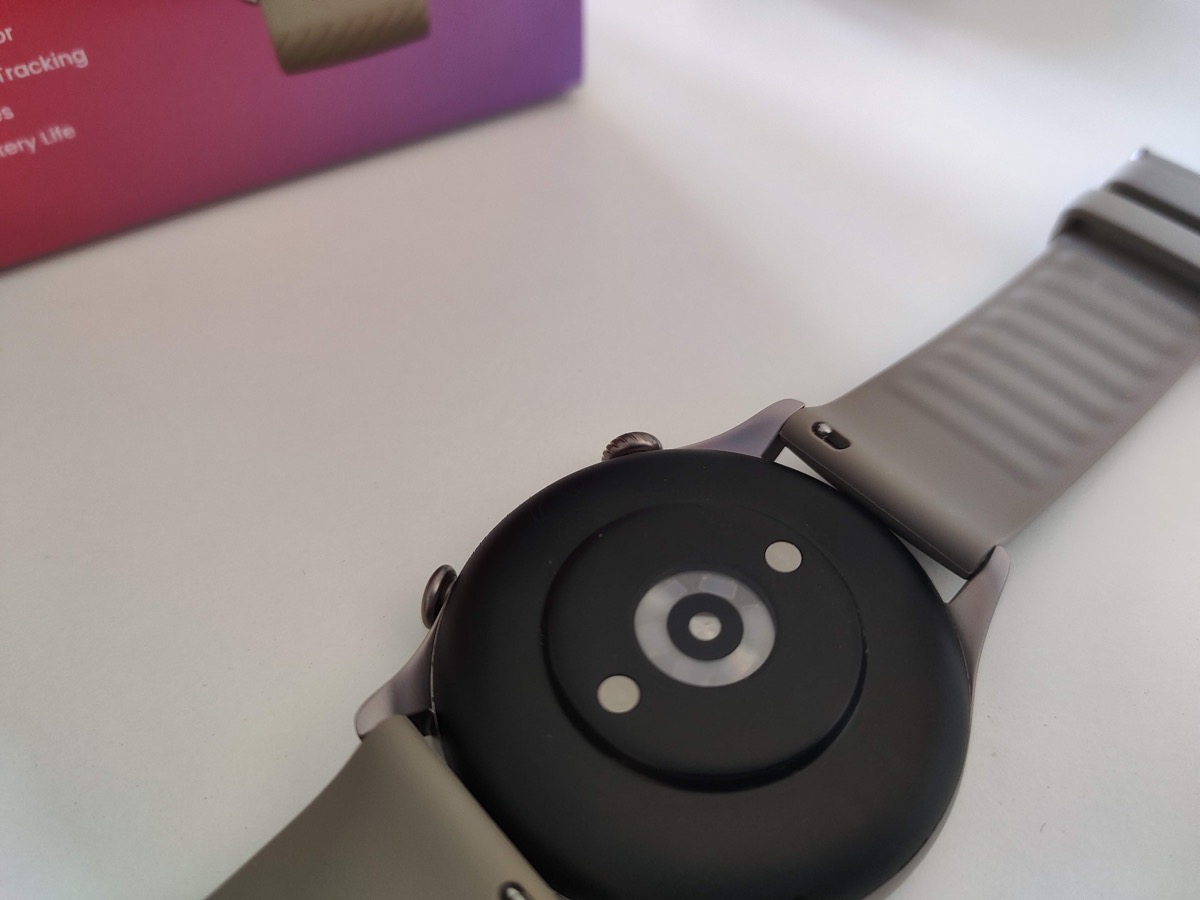 Amazfit GTR 3 certainly continues to be an excellent smartwatch. Aesthetically beautiful to look at, with all the functions one would expect from such a smartwatch. Too bad for the absence of a leather strap which, probably, would have given it more grit; in any case, they can be easily replaced.

Furthermore, at 50 euros more the Pro model seems to be the most advisable choice, because it slightly increases the size of the display, reduces the frames and, above all, provides a speaker for bluetooth calls with the smartphone. This is a function that is certainly not essential, but which could be useful for small communications, without necessarily having to interact with the smartphone.

Of course, 149 euros is a relatively low price compared to the market, which is justified by the build quality and everything it offers.

Amazfit GTR3 can be purchased on Amazon at this address for 149 euros. For 50 euros more there is also the Pro variant, which we recommend you consider if you are interested in the ability to make calls directly from your wrist.