HomeMacityAndroid WorldWith this TicWatch Pro 3 Ultra GPS model, Mobvoi strengthens its proposal in the difficult (and crowded) smartwatch market with different weapons, starting from the new Qualcomm Snapdragon 4100 chip to the double display with Gorilla Glass and a very versatile detection system.

We tried it for a few weeks, let's see how it went.

TicWatch Pro 3 Ultra GPS comes in a small cardboard box that shows in the graphics what the product looks like with its reference “face”.

Inside there is only the clock and the charging cable given by a proprietary connector (here we preferred something more standard) via USB-A. The watch is made of black stainless steel, and a fixed bezel of a sporty type, even if it has no function other than aesthetic and glass protection.

The display is generous, the dimensions are 1.4 “with Corning Gorilla glass, a product particularly suitable for resistance to scratches, bumps and falls and excellent in sunlight.

The strap is also beautiful, made of high-strength nylon with fiberglass and a slight game in relief, very comfortable and solid even for those who, like myself, are not particularly careful in everyday use. 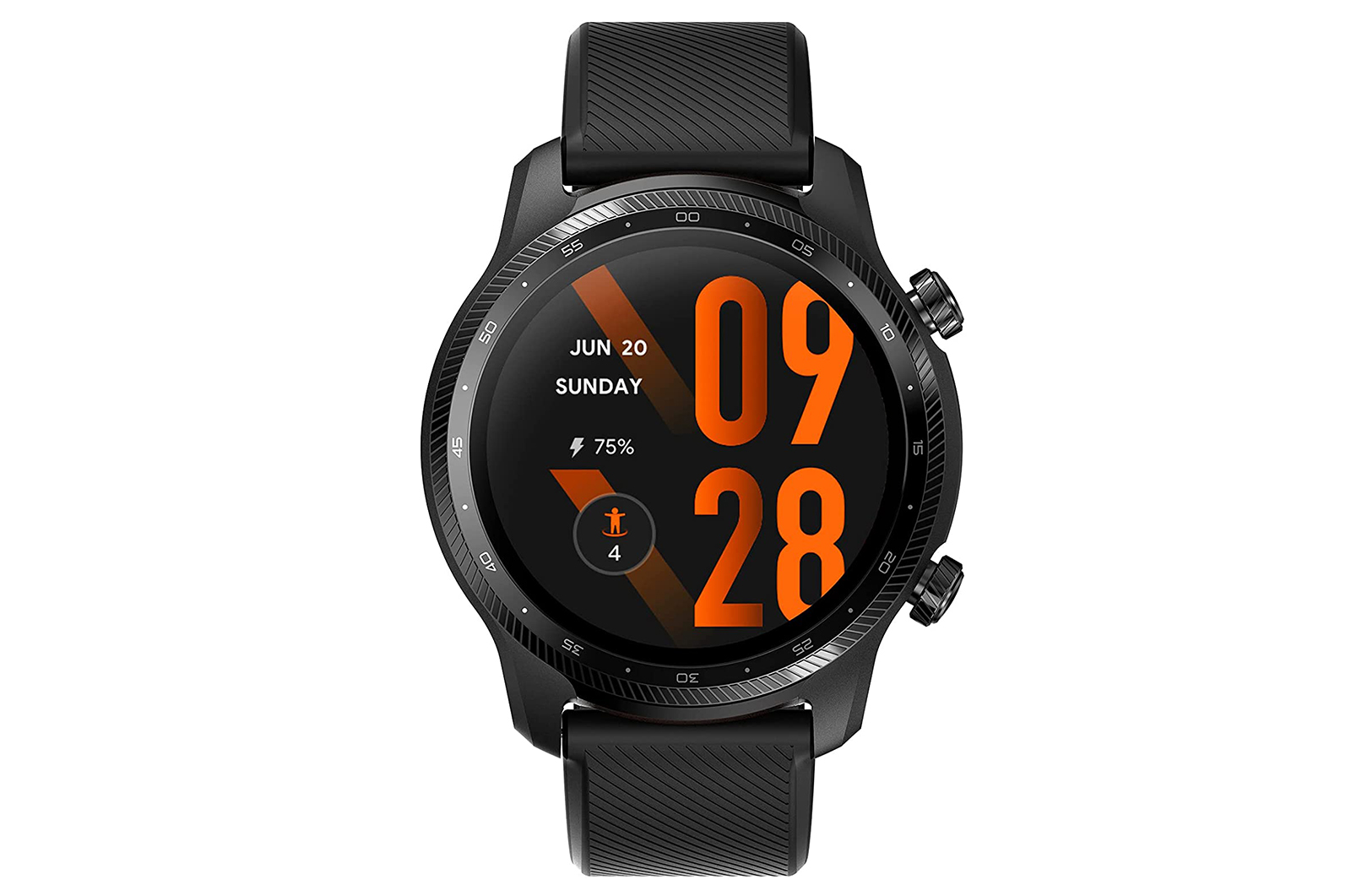 On the sides of the dial there is a microphone and a small speaker to answer the phone directly from the smartwatch which is also water resistant (IP68, Swimming in the pool), for the summer that will not be long in coming.

The commands are given by the two side buttons and by touch movements, in addition of course to some parameters that are defined through the Apps (on which they arrive shortly): obviously the smartwatch works correctly with both iPhone and Android, via Bluetooth, without particular slopes. between one brand and another.

The battery announces three days of autonomy with full functions, or 45 days in essential mode: the three days of normal use are realistic, but they drop significantly if you activate different functions and increase the brightness of the display, so beware. 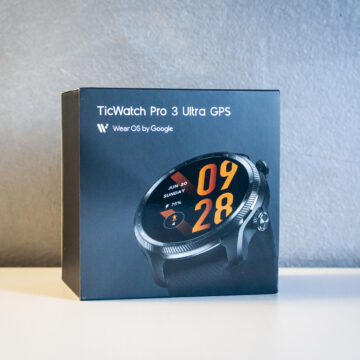 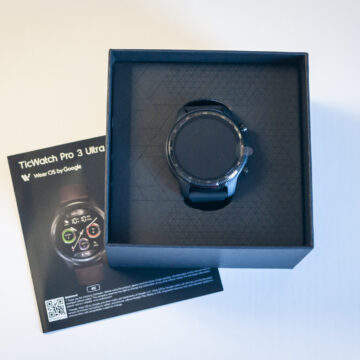 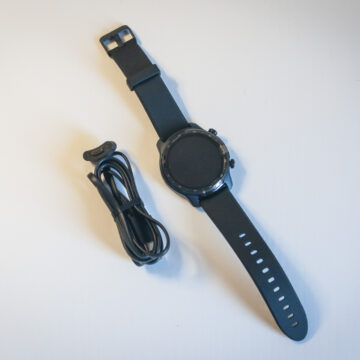 Which way am I going?

The operating system is Wear OS by Google (formerly known as Android Wear), now fully mature and with many features that compete with the most famous models on the market.

Before leaving, we point out what is at the same time a strong point of the smartwatch but also a reason for ambiguity, also found in other models in the market.

To configure and use the smartwatch you can rely on both the Mobvoi App and the WearOS and Google Fit binomial, the official Google Apps, which among other things on the iPhone share data with Health (the process is not quite so natural on iOS 15), the latter appear on the smartwatch display during the first configuration phase.

This could create a bit of confusion among less experienced users, but in the end, with a little attention, however, we arrive at a correct definition: the Mobvoi App is more complete on several aspects, those of Google integrate better with the 'Android environment. 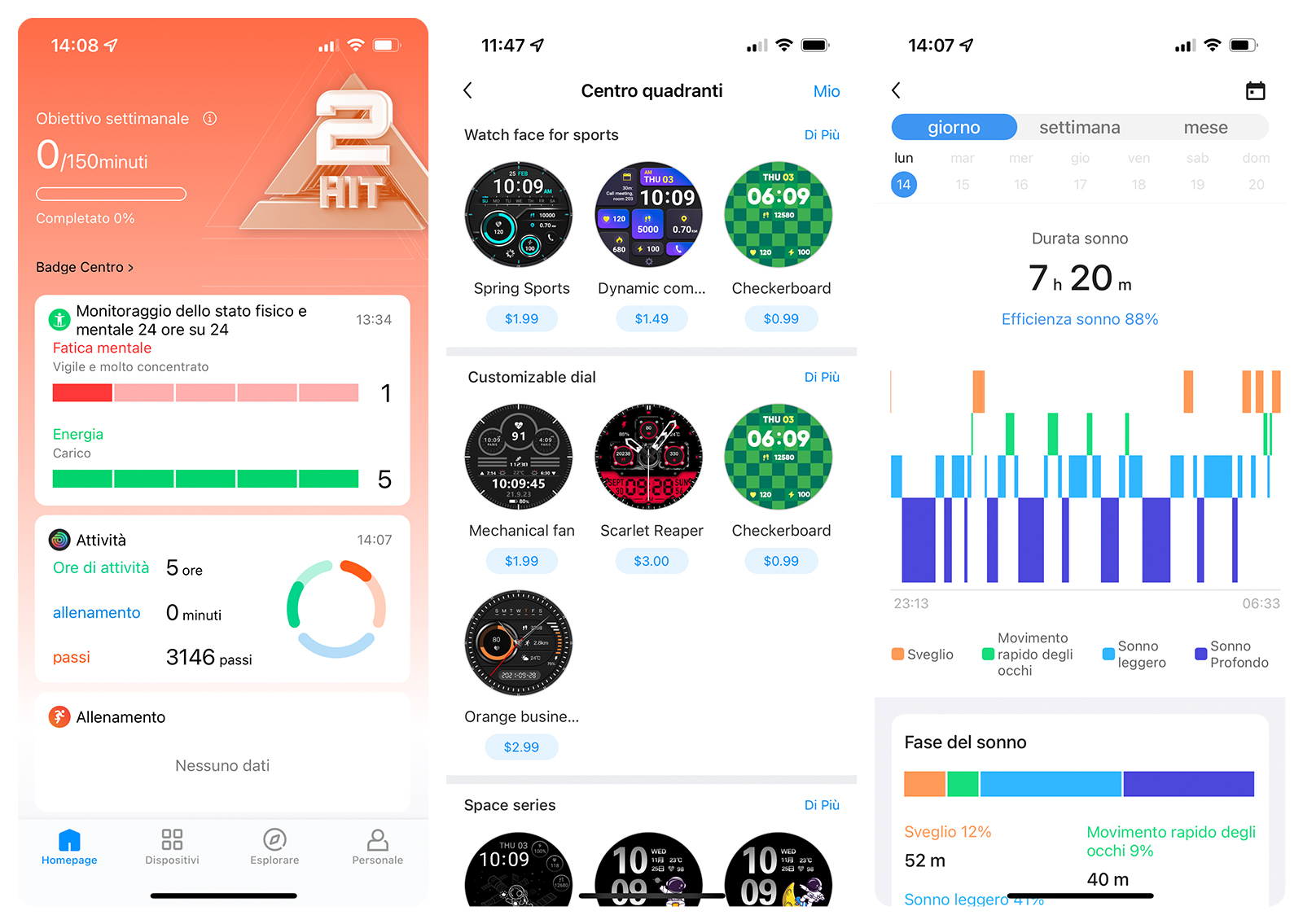 Some screenshots of the official Mobvoi App

Ready and quick but the transitions …

Beyond the aesthetics, which we liked a lot, the most interesting aspects are inevitably under the hood: starting from the processor, the new Qualcomm Snapdragon 4100 which offers a very good speed of execution in the use of the various functions, as well as in the use of the Apps and services.

A specific note, however: the TicWatch Pro 3 Ultra GPS is very fast and we have never noticed any kind of lag, even by intensely exploiting the various commands and functions of the smartwatch that we have activated in a total way (after having accepted dozens of disclosures, but this is a sign of the times).

However, this speed is paid for in the lack of “side” animations, of which obviously we do not feel the lack in terms of productivity and monitoring of results, but which would have pleased us anyway.

In some steps, such as the appearance of the color display or the passage to a function from the screen with the time, the steps of the transition are visible, but we admit that this is a criticism for fussy eaters, otherwise the smartwatch is always ready and never (really never) leaves the user waiting (the official app for iPhone a few seconds here and there instead loses it). 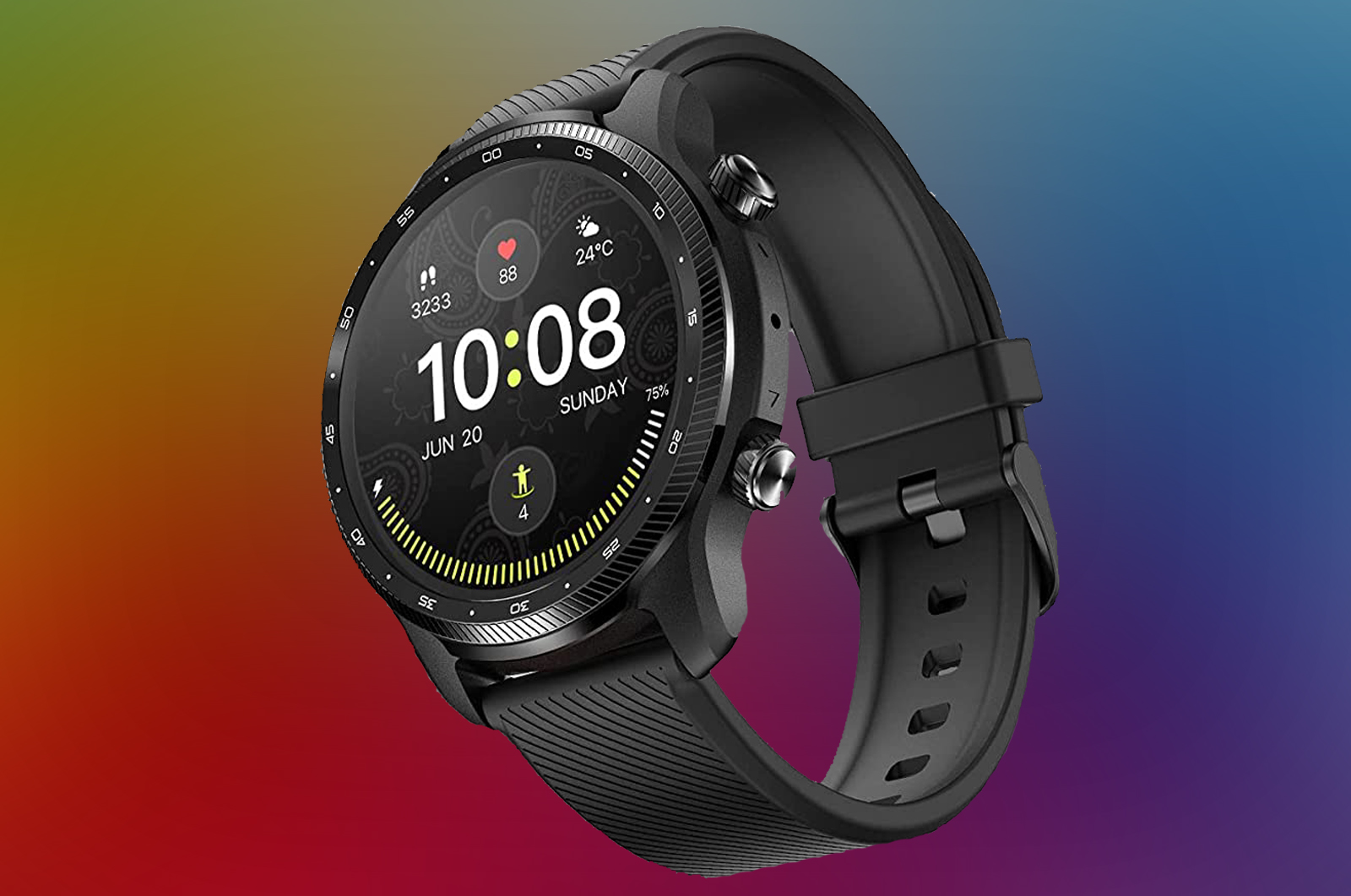 Another important aspect is the presence of two displays: the first is the color one, a low consumption AMOLED that is used by the smartwatch to show the time, data and to navigate the menus and a second display, monochrome, for which it can always remain active to show essential data, on the fly, consuming a significantly lower battery value.

New in this model compared to the previous one is that this second display is backlit with a user-defined color. Switching from the first to the second screen is user definable, between touch or flick of the wrist. 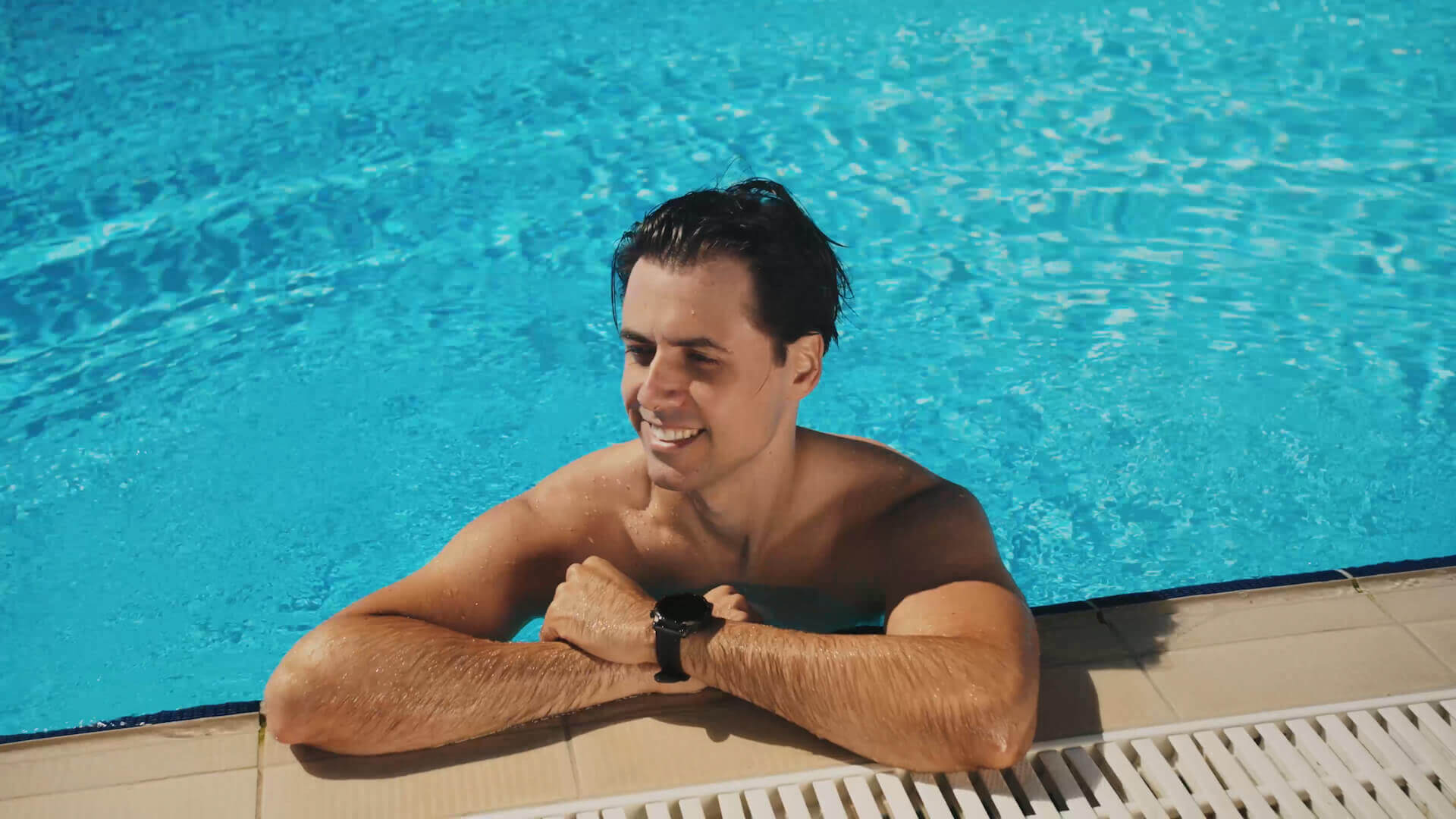 TicWatch Pro 3 Ultra GPS is not a model underwater, but thanks to the IP68 certification it is not afraid of water and can be used safely for a day in the pool

The equipment of sensors on board is very, very good: the TicWatch Pro 3 Ultra GPS is not a sportwatch in an absolute sense, users who are looking for a solution that accompanies them without compromise during competitive activity may look elsewhere, but the twenty physical activities available extensively cover those who play sports at an amateur level or for those who simply want to stay fit.

GPS is responsive, taking around 10-15 seconds to recover your position outdoors, while struggling indoors and the built-in barometer monitors air pressure for accurate information on height variability in outdoor activities.

But beyond sport, there are also many sensors for health inside: heart rate monitoring operates more frequently than the average of smartwatches, with detection of irregular heartbeat (IHB) and consequent warning.

The heart rate is used by the TicHealth function which offers the user a result on the psycho-physical state in real time, to understand when energy is needed or when it's time to push. 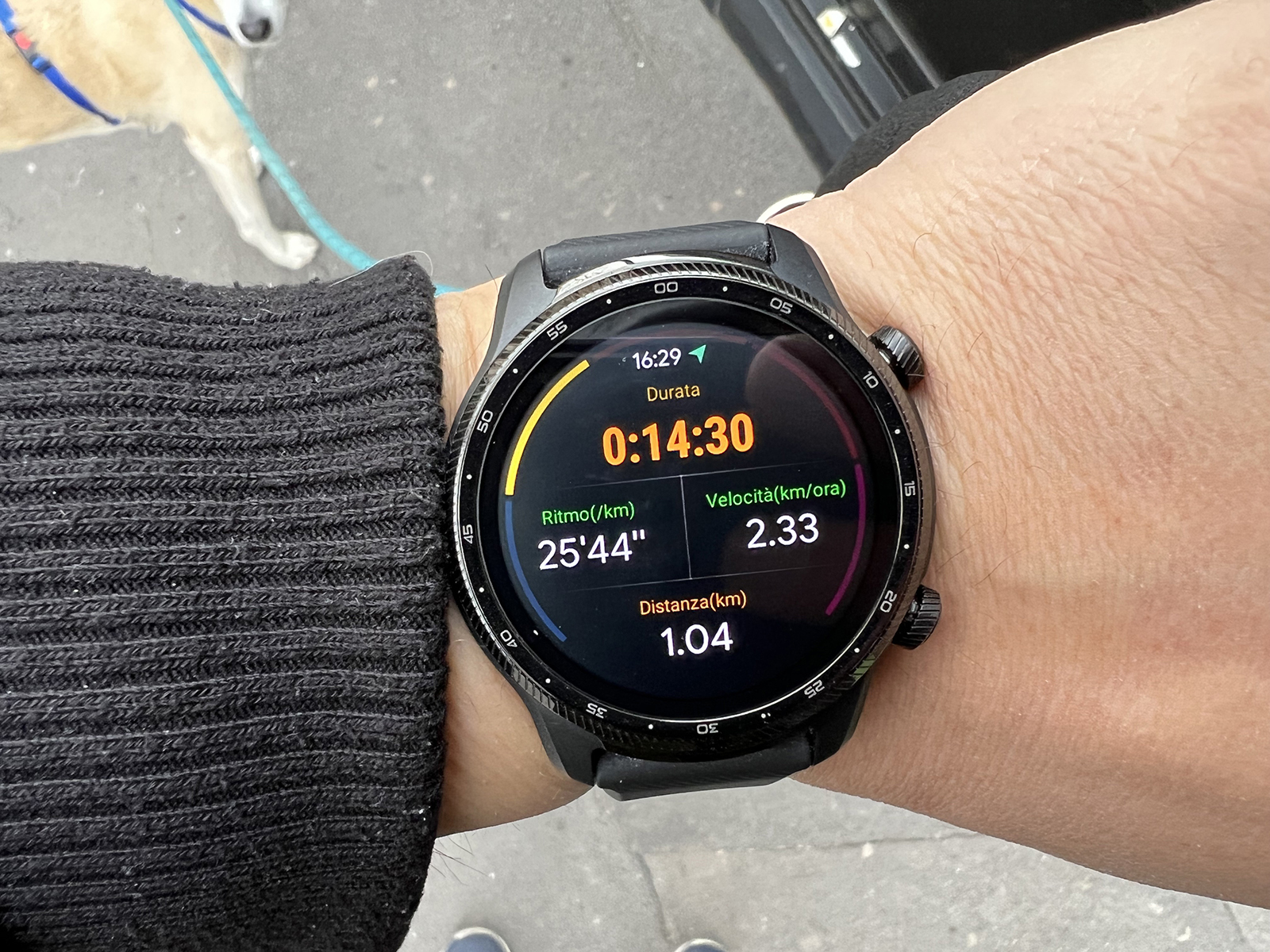 The main dial during the activity shows the essential data, and scrolling down also the secondary ones, in addition a vibration alerts you for each kilometer elapsedThis function is interesting but it needs more data to be considered reliable, because in our tests it has alternated correct values ​​with somewhat bizarre results, but it is reasonable to think that over time it will only improve.

TicSleep measures the state of the sono at three levels, a fundamental detection to understand why sometimes in the morning we feel more tired than the night before and TicZen measures the level of stress.

The measurement of the heartbeat is also obtained in the resting state, which is one of the most important values ​​for evaluating the physical state and there is no lack of blood oxygen monitoring, even at night, to be followed carefully even if Mobvoi remembers that the smartwatch it is not a medical device and advises to consult a doctor in case of important findings. 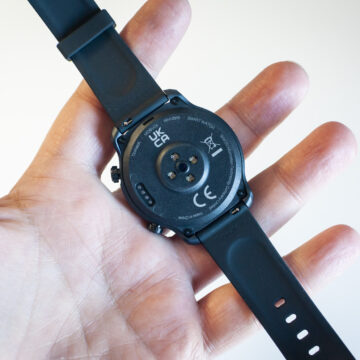 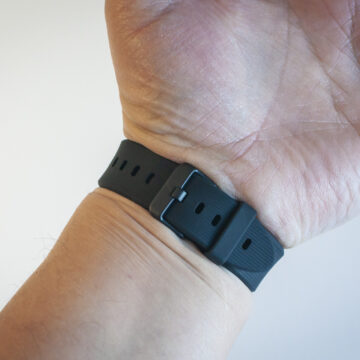 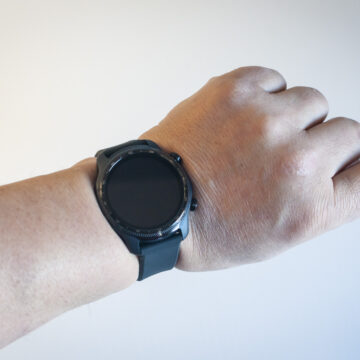 Finally, it is possible to use the NFC chip inside to pay with Google Pay and through the App Store it is possible to download various Apps to expand the possibilities of the device, even offline (such as Spotify for example).

There are many dials, or faces as we want to call them, from the most digital to the hands, with also different complications: more in the Mobvoi App than in the Google one, even if some are too flashy, it is not difficult find the most suitable one. A mention for the standard look, really very cool and aggressive, for sure you guessed it. 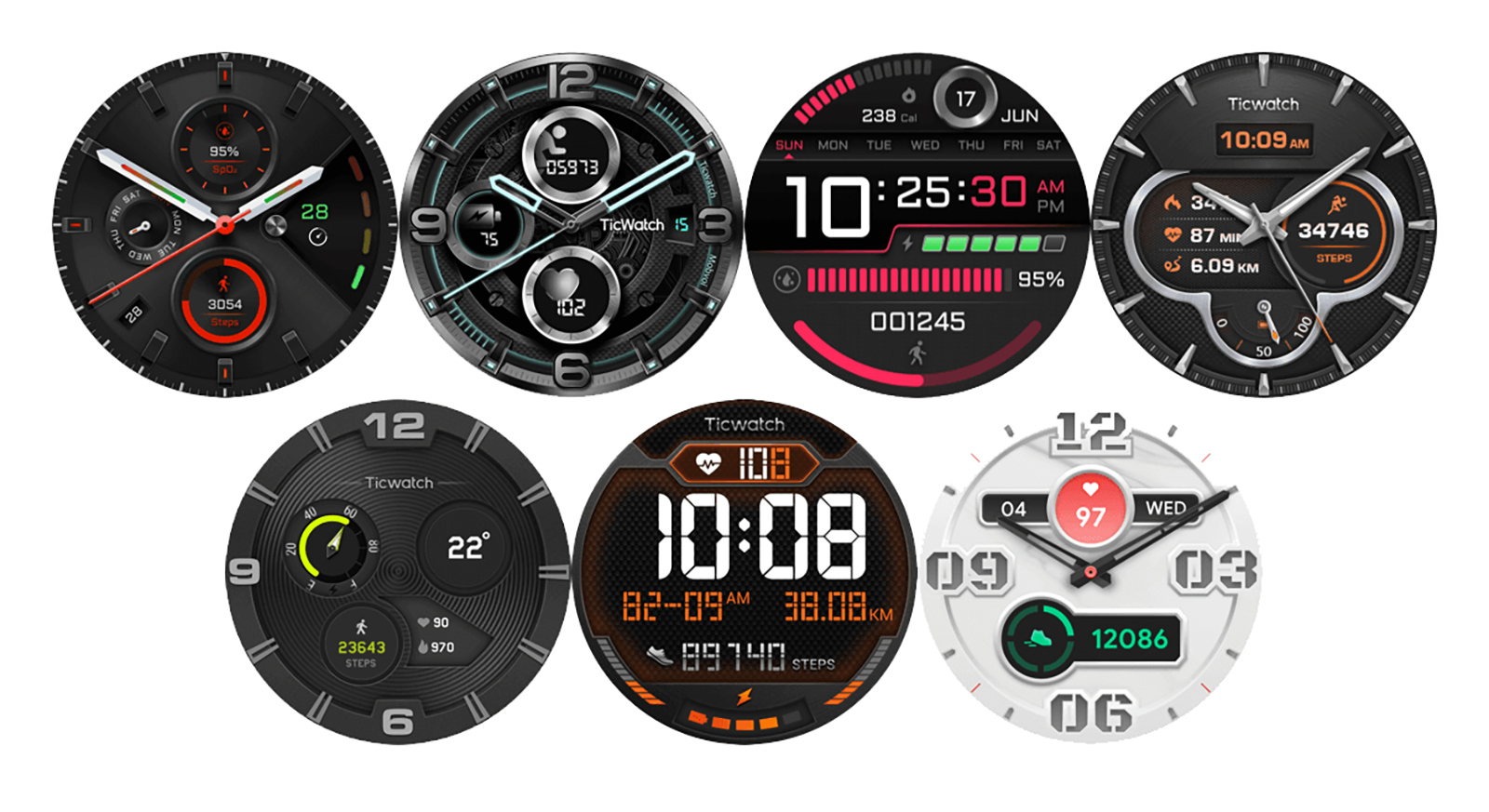 An example of some dials

A mid-range model that still offers an intriguing and sporty look with important features under the hood and a software sector that shows maturity even if there is still room for growth.

TicWatch Pro 3 Ultra GPS can be worn on the wrist with extreme satisfaction whether you are an inexperienced user or someone who has specific requests for health or sports, satisfactory even if not advanced.

A product that will give a hard time to several other models with Wear OS and also with Tizen, at a price quite in line with the competition, with several innovations and ideas for those who want a truly complete model with even some original ideas.

The model can also be used as a call terminal, thanks to the integrated microphone and speaker

• Missing animations of note • Some functions are missing with iPhone

TicWatch Pro 3 Ultra GPS is available in stores suggested by the Italian website of the parent company or you can find it more conveniently also at Amazon.it